Currencies of the future

The world economy has undergone a long and complex process of emergence from barter to fiat currencies and DeFi. Although the financial world is evolving, modern currencies and their analogs still have significant drawbacks. Let’s discuss what the currency of the future will be, whether it will replace existing fiat money and what transforming the modern monetary system will take.

The management and control of money emission and circulation are concentrated in the hands of central banks. CBs determine how much currency to issue and set the rates. When central banks issue new units into circulation, the value of each separate unit decreases. On the one hand, this is how the issuing banks can control the level of inflation in the country and provide an additional flow of currency if the state does not have enough money. However, consumer purchasing power is reduced, and the money in every person’s pocket is devalued.

In addition, this approach can lead to economic collapse and various negative effects: default, devaluation, and even hyperinflation. Some countries may depend on others to varying degrees and borrow money from each other.

As mentioned earlier, money is devalued due to inflation. Inflation occurs when the supply of currencies far outstrips the demand. To reduce the risks, it is necessary to ensure a finite supply, as it is implemented in some cryptocurrencies: Bitcoin emission is limited to 21 million coins. Once the miners get the last bitcoin, it will be impossible to get new coins, and supply will be limited.

This means that as the demand for cryptocurrency grows, its rate will only climb. This is the principal value of cryptocurrencies. For example, Bitcoin blockchain holds a protection mechanism against deflation – halvings. Approximately every four years, the block reward is reduced by half. Accordingly, it becomes more and more difficult to mine new coins, and the emission slows down naturally. But the main disadvantage of this approach is the outdated Proof-of-Work (PoW) mining algorithm, which requires huge energy investments.

If we are talking about developed countries, their currencies remain relatively stable. However, not everything is so smooth in the developing countries: often they are hyperinflationary, which then practically devalues ​​their currencies. Remember the stories of Greece and Zimbabwe, where inflation exceeded 10% per day. But Hungary holds the absolute hyperinflation record – from 1945 to 1946, the national currency’s value was halving every 15 hours, and total daily inflation reached an unimaginable 207%. This destroyed the state economy. Of course, the situation was exacerbated by the post-war period, yet such events are the best way to identify the shortcomings of the financial system.

Binding to currencies of a particular country 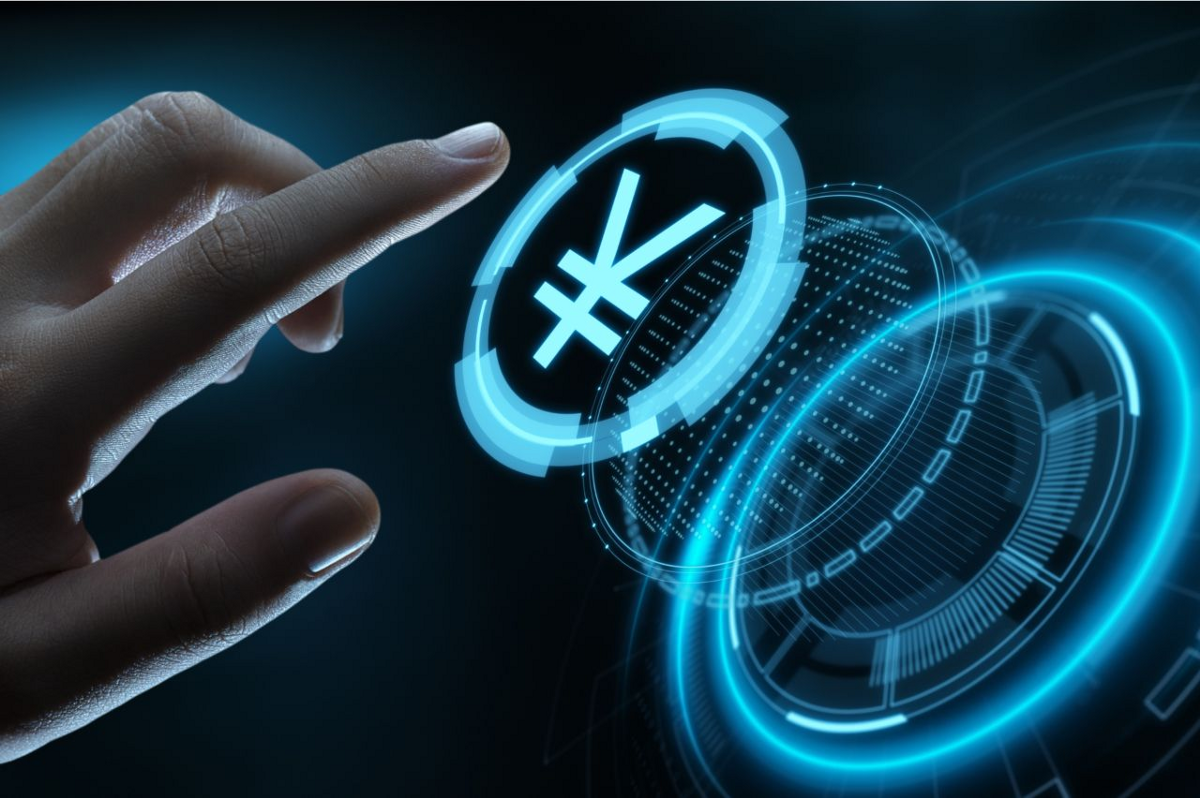 Another disadvantage of modern currencies is high volatility. Most of the time, the volatility is low and rarely reaches even a few percent per day. But in times of economic crises, currency rates can change greatly. The most popular currencies in the world are the dollar (USD), euro (EUR), and British pound (GBP). During crises, investors sell their assets, most often for dollars or euros. As a result, these currencies can quickly grow by several tens of percent against the states ’national currencies with weaker economies.

Meanwhile, people can not use dollars or euros for payments in their countries outside the US and the EU. Of course, people can buy foreign currency and pay for goods in foreign online stores, but the problem of expensive imports still remains in countries where the economy is less developed.

What will the currency of the future be like?

Obviously, digital currencies are the future. Central banks in various countries are already developing their own Central Bank Digital Currencies (CBDC), which people could use everywhere. China, which in 2017 sought to ban cryptocurrencies, and Switzerland actually led the movement and presented their pilot versions.

This money will only exist virtually, and there are advantages to this. For instance, cash can transmit viruses and many other infections. Digital currencies will be at the center of the future economy.

The currencies of the future will be managed via blockchains. Of course, central banks will retain control over emission and velocity, but this will reduce financial costs and make banking services more accessible. Modern banks are rapidly switching to remote banking through mobile apps. For example, the famous Russian bank VTB plans to close about 400 branches in the near future.

The future economy should become more decentralized rather than concentrated in the hands of a few large banks. This will make currencies more interoperable and, consequently, more in demand. Such digital currencies could really compete with the dollar and other popular currencies, shattering their unqualified credibility.

So far, central banks have not developed standard rules on how new digital currencies will work. But one thing is clear: you will no longer have to go through a long chain of bureaucratic requirements to send money from country A to country B or buy any goods in an online store. The transactions themselves will also be cheaper, up to the point where the commissions can reach zero.

Twitter CEO, Jack Dorsey, believes that Bitcoin and blockchain will determine the future of the digital financial environment, and the Internet needs its own currency. And the best implementation is Bitcoin, which allows you to create a trustless system. And the famous writer Jeff Booth said that Bitcoin would become the world’s reserve currency, and all national currencies will be tied to the price of the first crypto. Booth also predicts that interest rates will keep falling until the currencies finally collapse. For example, in the summer of 2020, the US Federal Reserve promised to keep the key rate close to zero for the next few years.

An economy based on competition rather than dominance

The new digital economy is likely to create a naturally competitive environment in which the dollar will lose its dominant position, and alternatives will emerge that can provide stable conditions for cross-border transfers and other forms of transactions.

Former Bank of England Governor Mark Carney notes that the new digital currency will be supported by a large group of different countries and could become a serious rival to the dollar, as it will not be tied to any particular country’s economy.

Of course, Bitcoin has every chance to become one of these currencies, creating diversity in the market, but it will be possible if it reaches a capitalization slightly inferior to that of large currencies. Even if it does, it will not happen soon. In addition, the Bitcoin blockchain is considerably outdated due to slow and expensive transactions, which makes it almost unsuitable for such large-scale banking networks. However, the developers were able to find solutions to speed up transactions, such as the Lightning Network, which make transactions fast and extremely cheap.

The idea of ​​creating a universal digital currency may seem utopian, but it will be the only way to implement an international currency that is not tied to the economy of a particular country and can be managed in a decentralized way.

It is unlikely that banks will transfer the reins of government to the global community, but some blockchain projects have already implemented the principle of decentralized management, which is known as Decentralized Autonomous Organization or DAO. Thanks to this approach, different countries can agree on how to manage currencies: for example, whether to issue new units or, conversely, “burn” existing ones.

The creation of a single universal digital currency will make it easier to use banking systems around the world. But what if governments of different countries fail to agree among themselves, and how will this affect the economy of a particular country? These questions are yet to be answered.

It is highly doubtful that governments and central banks will be able to put cryptocurrencies such as Bitcoin or Ethereum at the center of the future world ecosystem. On the other hand, users should have a chance to choose – this is one of the key characteristics of a fair market. Consumers have the right to decide which currency they want to use to buy a product online. The Internet is a free space. At least, it should be, and cryptocurrencies should be at the center of this space.

Now more than ever, we need to transform the financial world, judging by how currency rates are collapsing amid the growth of the US dollar and the euro. Even such dignitaries as Mark Carney and ECB chief Christine Lagarde have realized the value of digital currencies and have repeatedly spoken of their emergence.

In a simplified form, digital currencies of the future possess the following characteristics:

An ideal image of the digital currency of the future has not yet been developed, but in the next couple of years, we can see its first implementations and compare how much they will surpass existing currencies that clearly have no place in the ecosystem of the future.

Disclaimer: The contents of this article are not intended to be financial advice and should not be treated as such. 3commas and its authors do not take any responsibility for your profits or losses after you read this article. The article has been presented to provide readers with general information. There is only personal experience described herein. The user must do their own independent research to make informed decisions regarding their crypto investments.

Mike Owergreen Administrator
Sorry! The Author has not filled his profile.
follow me
431