After all, you don’t know which of them is mean.

How you yourself do with God’s creation,

Expect the same from people“

Satoshi Nakamoto is the creator of Bitcoin and the author of its original document. But who is he really? The answer to this question has eluded crypto fans and professional investigators for years, making it the greatest mystery of the century..

Under the cover of mystery

One of the amazing aspects of Bitcoin is that the creator is still unknown. “Satoshi Nakamoto” is a pseudonym. And I love it. All too often with the big inventions in history, there are names that get an unfair share of fame just because they appear in patent records. This is at least unfair and creates a false storytelling.

Think of all the famous people like Eli Whitney, the Wright brothers, and Thomas Edison. Nobody argues – amazing people, but their contribution was greatly overvalued compared to others working on the same projects at the same time. After all, there is still a dispute about who exactly was the first pilot..

However, no one knows who invented the horseshoe, which dramatically changed agricultural productivity. Only since the invention of patent records do we recognize the name behind innovation.

Bitcoin is different. Its technology has been transferred to the world, avoiding both “intellectual property” and commercial pay networks. And that’s the name! It sounds so strange, and now it is legendary, especially since no one knows exactly who it is. Some even tried to claim the title of “Creator”, but such a claim seems to be a failure. “Satoshi” appeared and then disappeared. And I would like it to stay this way forever.

Nakamoto invented bitcoin in 2009 and we have blockchain records as evidence, but other than that, little is known about the mysterious creator of the cryptocurrency. In fact, it’s not even clear if Satoshi is human at all. It is possible that this name is just a pseudonym for a development group or cryptographers.

In addition to compiling the original Bitcoin white paper, Nakamoto is responsible for implementing many of the key breakthroughs that occurred in the early days of Bitcoin. Regarded as the founding father of Cue Ball, he helped create the very first blockchain database. He also deployed the very first working copy of Bitcoin in 2009.

Nakamoto’s role as the first miner is also the subject of close scrutiny. Public records show that his known addresses contain around 1 million BTC, which at current market value would almost certainly make him one of the richest people in the world.!

The intense interest in finding this mysterious billionaire has captured the imaginations of many, but Nakamoto himself remains elusive..

Origin of the creator of Bitcoin

Numerous in-depth studies have been carried out to establish Nakamoto’s true identity, to no avail. And although some facts were found, no one could come to a single conclusion..

To complicate matters, after the creation of Bitcoin, Nakamoto actually went underground, and since 2009 nothing else has been heard from him..

On the global networking forum, Nakamoto originally stated that he was a resident of Japan, born in 1975. Later that year, Nakamoto created the BitcoinTalk forum and posted the very first post on the site under his pseudonym “Satoshi”.

Nakamoto continued to work on the Bitcoin source code and released protocol updates until mid-2010. At the same time, he transferred control of the network’s source code to legendary developer Gavin Andresen, who then began to lead the development of the project. Then Nakamoto went into the shadows.

Earlier this year, the world received a short mailing from Nakamoto in the form of a book excerpt allegedly written by him. But even this information is of dubious origin..

After years of searching, Satoshi Nakamoto has become an almost mythical character in the crypto industry. Hundreds of analysts, researchers and journalists have made extensive attempts to contact him (or her, or them), but to no avail..

At the moment, only one thing has been determined: Nakamoto does not want to be found. It’s not that bad. His identity has already become one of the most enduring mysteries in technology, but it’s also a story of democratization and innovation..

Could these people be Satoshi Nakamoto?

Members of the crypto community have been debating Satoshi Nakamoto’s true origins for years..

Opinions about who the “real Satoshi” are are still divided. After sifting through hundreds of potential Satoshi, most of the crypto world seems to agree that it is likely that Nakamoto could be one of the following people:

Despite repeated denials that he is actually the creator of Bitcoin, there is no doubt that legendary computer scientist Nick Szabo is the one everyone is looking for..

In many ways, Szabo was a man ahead of his time and is credited with creating “Bit Gold”, the predecessor of Bitcoin. Bit Gold was one of the first examples of a valid digital currency.

When Szabo retrospectively posted the blog post, many took it as a sign. It refers to Bit Gold, the date that Bitcoin was actually launched. This led some to believe that the mysterious geek was actually Nakamoto Sam..

Many have “swallowed” one of the most compelling arguments ever made, appearing on a private mailing list called CounterMarkets from programmer and writer Vin Armani. He convincingly proves that the real Satoshi is Hal Finney (1956-2014).

Much of the suspicion that Finney was the creator of Bitcoin is based on an important fact. The former PGP developer actually received the very first Bitcoin transaction ever made from Nakamoto himself. He was one of the first regular Bitcoin users and actively participated in community forums in the early days of cryptocurrency..

Finney is known to be an ardent supporter of cryptography. He invented one of the first health check systems (which later turned out to be an integral part of Bitcoin – its core functionality) in 2004, more than five years before the cryptocurrency debuted..

It is noteworthy that at every stage of Satoshi’s participation in Bitcoin, “Hal was there.” He was on the crypto mailing list, where Satoshi posted both the whitepaper and the original client software. He was a participant in both themes. No other Satoshi suspects participated in these topics.

Hal was the first person other than Satoshi to launch the Bitcoin client software. In other words, he was the first miner besides Satoshi and the first recipient of the BTC transaction. In fact, Satoshi didn’t even send the test transaction to himself before sending Hal.

Hal was the first code writer (including bug fixes in the first week) for the Satoshi project. He was also the last person Satoshi specifically responded to on the BitcoinTalk forum before disappearing..

One of the more interesting Hal was there is that of Crypto Twitter. Hal, and only Hal, was at the start of Crypto Twitter. On the evening of January 10, 2009, he went to Twitter, and the word “bitcoin” first entered the database of this social network. Hal announced to the world with a simple two-word tweet that he was “launching bitcoins”.

He talked about this moment in a kind of “farewell post” on the BitcoinTalk forums in 2013. “When Satoshi announced the first software release, I jumped at it right away, and I think I was the first person other than Satoshi to run Bitcoin. And I was the recipient of the first bitcoin transaction when Satoshi sent me ten coins as a test, ”he wrote.

There were two additional tweets from Finney, and Armani claims both support this idea. As for the motivation behind Finney’s puppet image, it’s clear that the inventor of new private money, who in principle could supplant central banks and all state-owned printing presses in the world, would like to remain anonymous.

Feeney has repeatedly denied that he was Satoshi Nakamoto. News organizations and journalists continued to ring about it until his tragic death in mid-2014. Here’s a note he wrote on March 19, 2013:

“When Satoshi announced Bitcoin on the cryptocurrency mailing list, he received a skeptical welcome. Cryptographers have seen too many grand schemes from ignorant noobs. “.

This is starting to look pretty damn convincing, right? But this is a problem of this type of theorizing: conspiracy theories of all kinds can become “black holes.” If you state your conclusion beforehand and then find the facts, everything starts to look like evidence..

Nakamoto or not, Finney was undoubtedly a key contributor to Bitcoin’s development and his legacy will live on..

Of all the suspects that they are Nakamoto who have denied their alleged role in the creation of Bitcoin, at least one from the beginning set out to prove otherwise. Australian scientist Craig Wright has claimed to be the creator of Bitcoin for many years.

In 2016, he allegedly signed several messages with some of Bitcoin’s earliest cryptographic keys in an attempt to verify his identity to the BBC and The Economist. Critics then argued that the keys in question were simply reused from earlier transactions. By themselves, they did not prove that Wright was Nakamoto..

Wright later claimed that he was not Nakamoto himself, and that Satoshi Nakamoto was a team of people of which he was the leader. Many said that they remembered with a smile the meeting with Wright at various conferences. He was introduced to everyone as Satoshi Nakamoto.

Wright remains one of the main targets in the ongoing debate about Satoshi Nakamoto’s persona in the crypto community..

In 2014, Newsweek magazine decided it had the sensation of the century. He identified the 67-year-old California resident as the creator of Bitcoin, but his guess turned out to be wrong. Elderly engineer Dorian Nakamoto has repeatedly denied that he is the creator of the cryptocurrency.

Interestingly, Hal Finney has lived alongside suspect Dorian for years. This has led some to believe that Finney was indeed the creator of the cryptocurrency, and that Dorian himself was the inspiration behind the now famous alias. Finney denied this, but the coincidence is too intriguing for some to just pick it up and forget..

Ironically, Dorian Nakamoto has since become one of the many public faces of Bitcoin. The once retired physicist now travels the world talking about the power of cryptography and how cryptocurrency can democratize access to financial markets.. 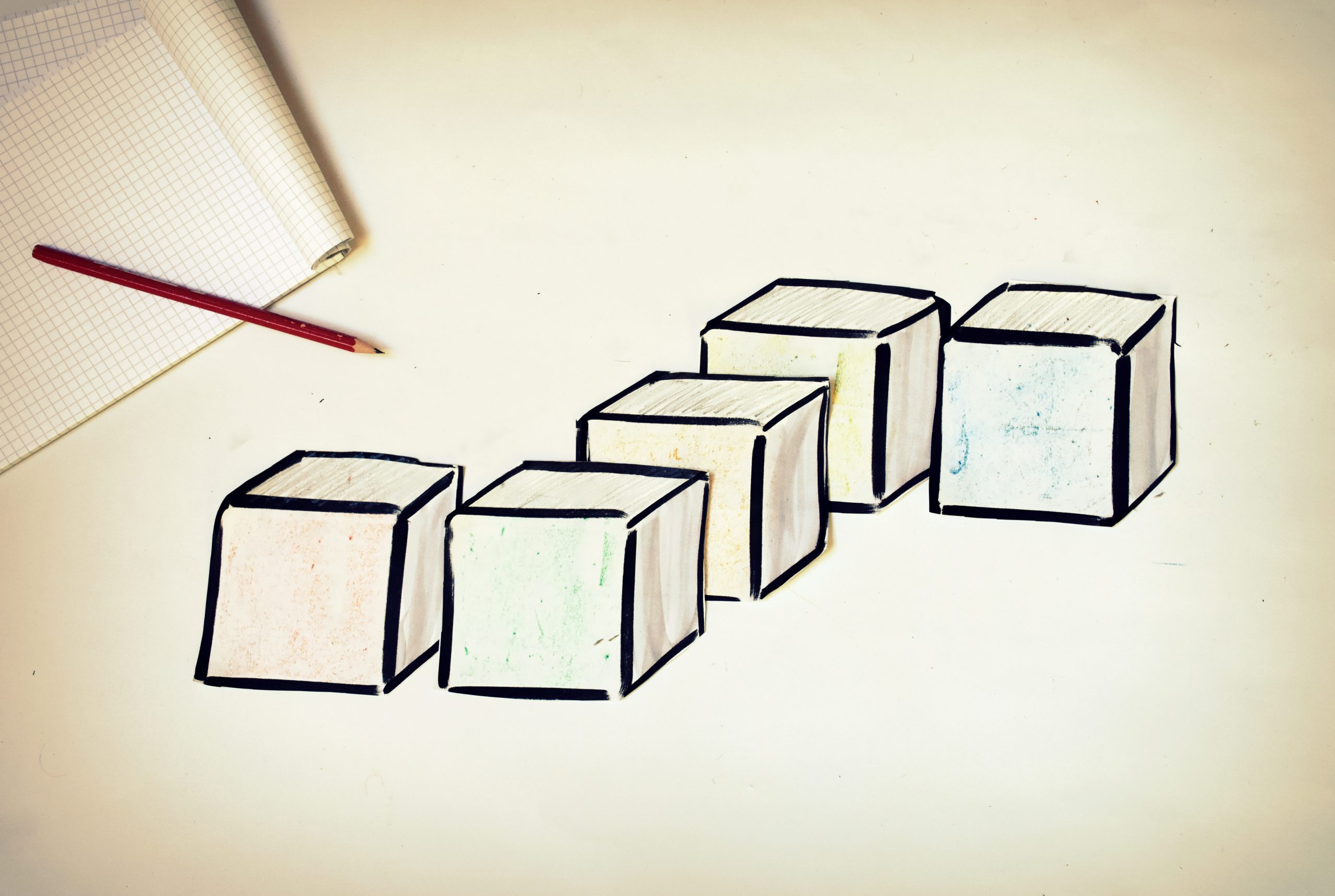 Despite all the evidence on the Internet, it is still not clear who (or what) is actually hiding under the name Nakamoto. Analysis by cryptocurrency researchers showed that although Nakamoto claimed to be Japanese, this is hardly the case. The history of his forum posts in the early days of Bitcoin showed the time zone of Europe or North America..

In addition, most of the language Satoshi used in his early forum posts is British English. It is also rare in most people who speak Japanese as their first language..

In all, dozens of people have made statements or have been identified as the “real” Satoshi Nakamoto. It becomes increasingly likely that the world will never know the true identity of Satoshi Nakamoto.

If the true Satoshi appeared today, his Bitcoin cache would make him $ 6 billion richer on just one crypt. Those who control the private keys have access to them and the world monitors them to see when they move. But they may never move. Better that they stay where they are and that Satoshi’s identity remains a mystery forever..

All really great innovations are crowdsourcing. Genius is individual, but no person has the intellectual ability to create something truly meaningful from scratch. This applies equally to music, products, ideas, and transformational software..

Indeed, in one of his last notes before his disappearance, Satoshi wrote:

“I wish you didn’t continue to talk about me as a mysterious shadow figure. The press just turns it into a “pirate currency” topic. Instead, tell about the open source project and give credit to your developers. It helps to motivate them. “.

Mike Owergreen Administrator
Sorry! The Author has not filled his profile.
follow me
298