Popular cryptocurrencies of 2017, which almost everyone forgot about

Not all cryptocurrencies that were at the peak of popularity during the 2017 crypto boom were able to maintain their leadership positions. New crypto projects regularly appear on the crypto market, more promising in terms of value for the community and technology. To maintain the high status of a crypto project, developers need to actively work on improving the software and regularly release updates, fueling the interest of the audience. In this article, you will find out what happened to cryptocurrencies, which turned out to be practically useless after the peak of popularity in 2017..

The cryptocurrency was among the twenty largest blockchain platforms in 2017, and its capitalization exceeded $ 2.3 billion. Lisk was in the portfolio of large crypto investors and the project was considered one of the most promising, but something went wrong.

Lisk is a Swiss cryptocurrency platform for building blockchain applications founded in 2016. The creators focused on making the blockchain accessible to a wide range of users. Developers can deploy their own application on the Lisk blockchain or even run their own blockchain. Lisk was one of the first crypto projects to implement the Delegated Proof-of-Stake (DPoS) consensus algorithm, which is now popular among token holders.

DPoS allows participants to stake cryptocurrencies without the need to deploy their own node (node), so this algorithm is available for users who do not have large amounts. Since 2019, no major updates have been released. In August, the developers updated the Lisk desktop application. The cryptocurrency is ranked 101st in the ranking of the well-known resource CoinMarketCap, and the ROI from the first listing is 1492%.

The LSK rate reached the absolute maximum (ATH) in February 2018 – $ 35.49. Since then, the price has dropped 96.6% to $ 1.21. Even if the project seems promising, the lack of developer activity leads to a decrease in investor interest, since new crypto platforms and updates regularly appear to improve the performance and functionality of blockchains.. 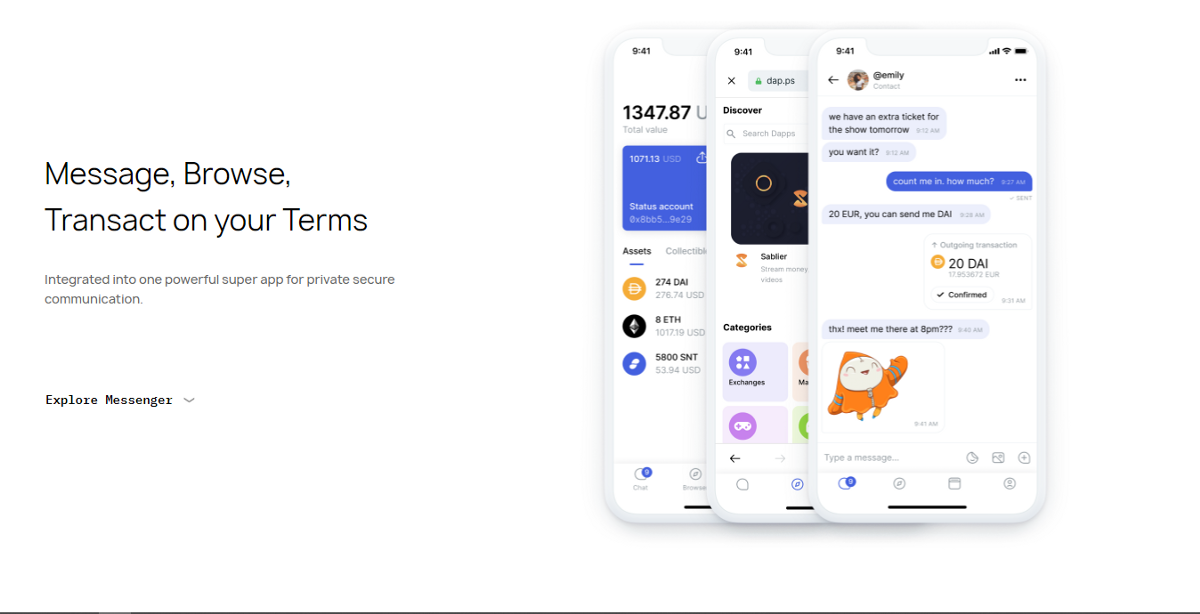 In 2020, the project released 3 test networks: Betanet v3, v4 and v5. Lisk has focused on building frameworks for developers, changed the database system to EmbeddedDB, and added support for communicating with the IPC framework. If developers remain active and launch a full-fledged blockchain network, the situation with the cryptocurrency may change..

Status has become one of the most successful ICO projects of 2018. During the crowdsale, the project raised $ 107 million and quickly found itself among the first 40 crypto projects with a capitalization of almost $ 800 million. At the time, many investors were feverishly investing in ICOs, expecting to replicate the success of Ethereum (ETH) and other high-profile platforms. Therefore, to attract large investments in the project, competent marketing was enough..

Even fraudulent ICO projects raised millions of dollars, and if there was a hint of prospects, it was not difficult to collect such amounts. Fraudulent projects PinCoin and iFan from ModernTech managed to raise $ 660 million – more than TRON (TRX) and Tezos (XTZ).

The SNT token brought its ICO investors more than 49% of the loss, and relative to the historical maximum, the cryptocurrency fell by 94.7% from $ 0.57 to $ 0.031. Despite this, the token is still traded on the major crypto exchanges Binance, Huobi Global, OKEx and many others..

In 2018, Status was not the only failure, despite the fact that the crowdsale managed to collect impressive sums. Together with him, such well-known projects as:

If you think that the developers have abandoned the project, then this is actually not the case. The creators of Status regularly host meetups and online webinars, and in December 2020 they launched the CryptoAtelier app – a workspace for creative people. 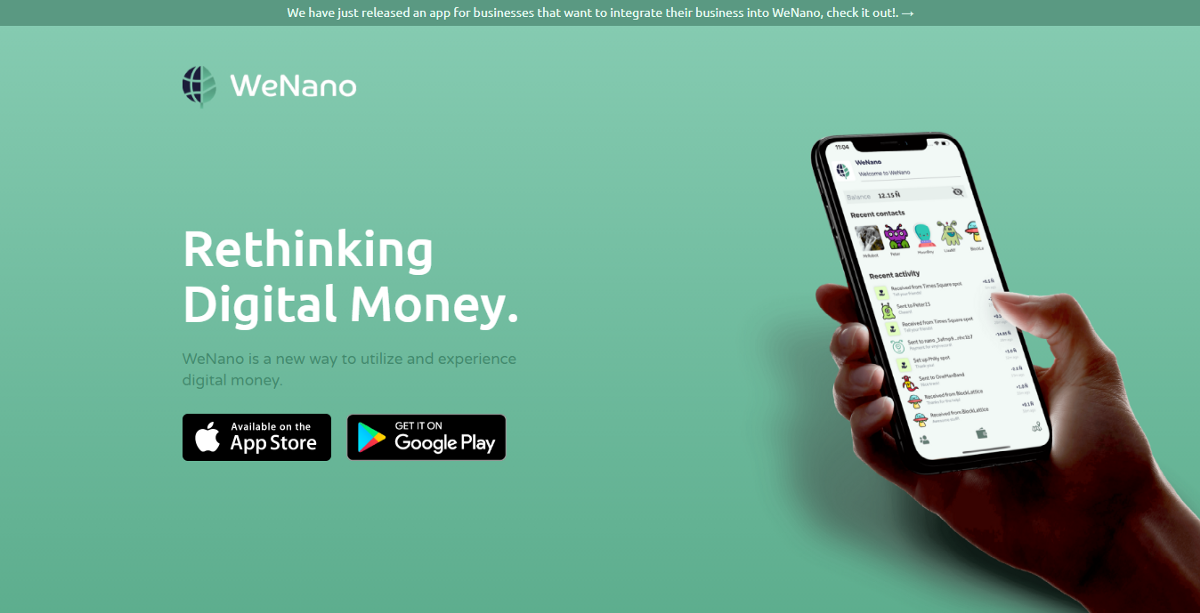 Status developers have released their own mobile crypto wallet for iOS and Android, which can be distinguished from many other applications. The bottom line is that the Status application combines the functions of a secure wallet, a DApp browser, and a messenger. It is unique and very convenient. Note that the built-in messenger is missing from all known crypto wallets..

The cryptocurrency was originally called RiaBlocks (XRB) and was released in 2014. XRB coins were handed out for free through the fauset: to receive them, it was necessary to solve the captcha, after which a small amount was sent to the users’ wallets..

In 2018, the creators rebranded and renamed the cryptocurrency to NANO, which is very symbolic given the current rate of the cryptocurrency: now the coin is traded at a price of only $ 3 with the emission of 133 million NANO. NANO fell 91.9% from an all-time high of $ 37.62.

The NANO blockchain was conceived for making commercial payments. The platform quickly processes transactions, allowing you to make payments without delays and with minimal fees.

Over the past two years, the developers have not released a single important update. This is why interest in the coin has faded and many crypto investors have forgotten about it. However, early investors can still lock in profits in excess of 9000% since their first listing on exchanges..

In the second half of 2020, the developers released the WeNano app aimed at expanding the community that uses cryptocurrency for payments. The number of WeNano users has exceeded 10,000, who together have made more than 2,500 payments. The application is primarily targeted at Brazilian users.

In the case of Populous, one cannot say about the high profit of the first investors, because the ROI of the cryptocurrency is -85.71%. The idea behind Populous is that business owners can get liquidity on invoices for up to 90 days using the blockchain. The developers have chosen a rather narrow direction, so the Populous platform cannot be called in demand.

The cryptocurrency was popular among traders in 2017-2018. and was included in the top 30 coins in terms of capitalization, which exceeded $ 1.5 billion. But after the onset of “crypto winter”, many forgot about PPT, and now the token occupies 195th position in the CMC list.

In 2020, the developers released the PopDeFi DeFi protocol, in which PPT holders can add tokens to the liquidity pool, borrow and lend cryptocurrency to other users. While this is a test MVP, and the protocol is being audited by the well-known cybersecurity company Hacken.

This is not to say that no one needs DASH cryptocurrency. The coin is ranked 27th on the CoinMarketCap list and is still one of the most popular cryptocurrencies. Although this can hardly be called a success: in 2017, Dash was one of the ten largest cryptocurrencies in terms of capitalization. So why did Dash make our list? The fact is that against the background of the crypto-boom, the DASH coin, like many other altcoins, turned out to be greatly overvalued..

Dash (DASH) is an open source cryptocurrency designed to build a fast and secure global blockchain payment network. The name of the cryptocurrency comes from the expression “Digital Cash“. By the way, the famous crypto exchange Binance resorted to a similar technique, the name of which consists of the words Bitcoin + Finance.

Dash is powered by the X11 hashing algorithm and was one of the first digital assets to implement a hybrid PoW mechanism. & PoS. But in order to receive a reward, holders need to launch a masternode. For staking to work, you need to have several thousand dollars in your wallet. Therefore, cryptocurrency did not find popularity among holders..

However, Dash remains one of the most sought-after coins on the darknet alongside Monero (XMR) and Zcash (ZEC). User transactions are mixed when they are sent, and then randomly sent to different addresses, making it almost impossible to track the sender and recipient.

For six months in 2017, the DASH rate increased tenfold and reached $ 1,607 in December. But then, during a protracted correction on the crypto market, the price fell more than 10 times. The token is currently trading at $ 103, 93.6% below ATH. Despite this, early investors have a ROI of over 9000%, making DASH a profitable investment even with such a staggering drop.

Dash releases cloud platform for decentralized applications and crypto payments. Application data and APIs are stored in a distributed manner, which makes the process secure. Dash will be the first cryptocurrency to function as a cloud service, and developers are also introducing concepts such as the Dash Platform Username Service (DPNS), DPP and DAPI. DPNS will eliminate long and complex addresses for DASH transactions and use usernames instead.

Even the once well-known and popular blockchain projects are forgotten if the developers do not support it and release improvements. The crypto market, like any free market, is fiercely competitive. To take and keep leading positions, developers need to offer solutions that other projects do not offer. Otherwise, the project will start to be forgotten, and its place will be taken by more promising platforms that solve current user problems and bring the blockchain closer to mass adoption..

Mike Owergreen Administrator
Sorry! The Author has not filled his profile.
follow me
398