Cryptocurrency repeats the hype path of the Internet

The only way to define the boundaries of the possible is to go beyond those boundaries..

Humanity has always tried to make a fundamental breakthrough in its development. With every century, the prospect of discovering something innovative and stunning has become brighter. The wheel, electricity, radio – every invention is the hype of its era. The 20th century was full of surprises. The most striking of them was the Internet, which not only turned the whole life of mankind, but also thinking. Then cryptocurrencies appeared. What development path did this innovation take and what new things it brought to humanity??

October 31 marks the 11th anniversary of the emergence of Bitcoin. With its appearance, the world has taken a fresh look at the existing financial system and financial independence. Cryptocurrency has captured the mind of humanity and has become more than just an investment vehicle. Hype has grown into something more. He became a symbol of freedom.

Does it remind you of anything? Not? Then let’s think about the Internet. Humanity has not seen such a hype since the days of the wheel. This is one of the greatest achievements of the digital revolution. The innovation has revolutionized many things in the world. Knowledge bases, enterprise support, improved payment systems and many new developments in business models, medical science, space and technology are all now part of this invention. Another event that became possible thanks to the Internet is communication with people..

People like Facebook, Twitter, or apps like WhatsApp. They are made possible by the existence of the internet. This allowed us to think differently and made many changes in human life. Allowed the human mind to bring ideas and publish them on the web.

But let’s draw an analogy between net and crypt, and you will see how similar their path is..

The history of the Internet hype 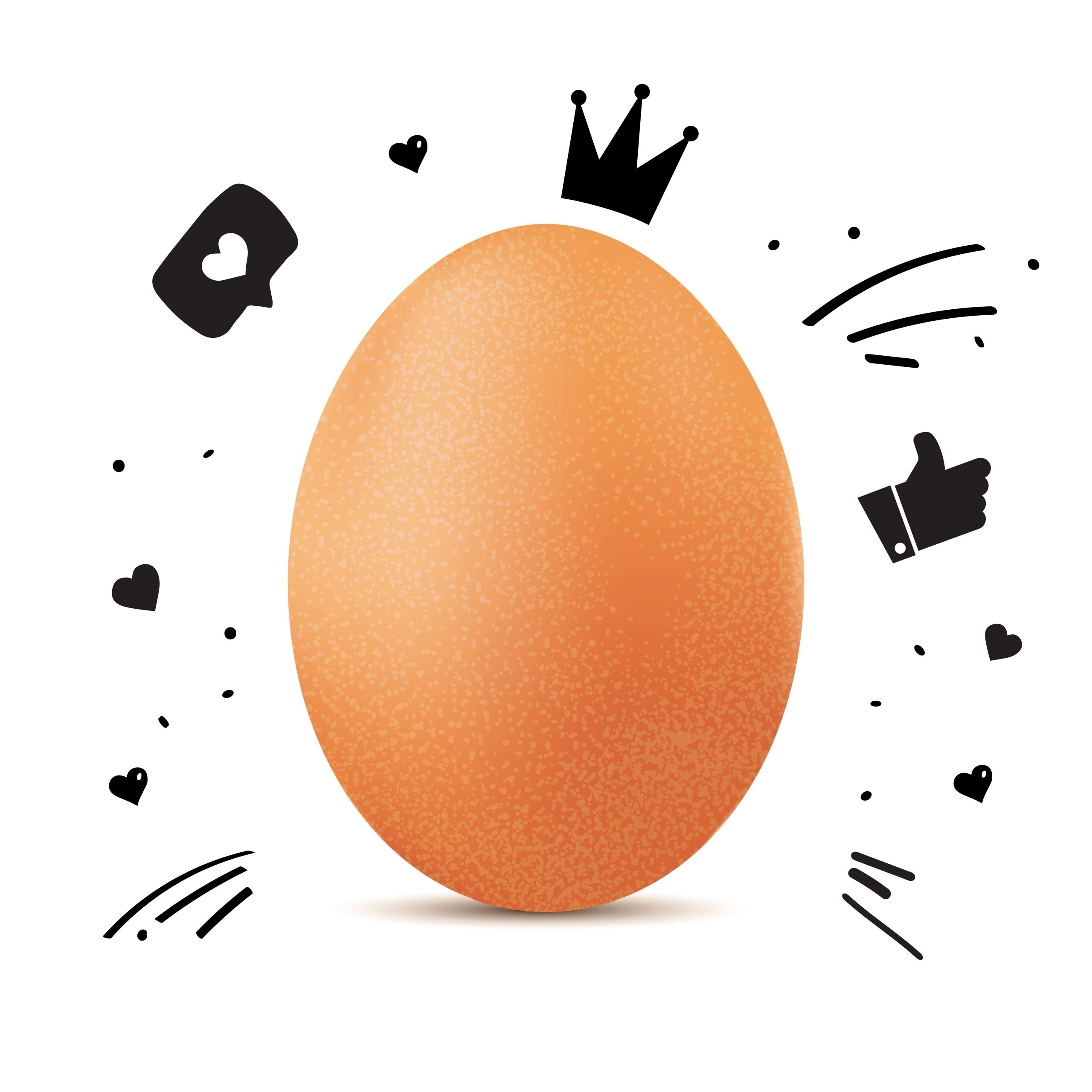 The successful dot-coms of the late 90s and early 2000s had several things in common: they all vowed to “change the world,” had insanely high ratings, and were wildly unprofitable. By 1999, losing money was the hallmark of a successful dotcom. And few people can lose money as fruitfully and creatively..

Companies like Amazon.com, eBay, Pets.com, eToys, Kozmo.com, UrbanFetch, and more have gone to great lengths to reach ubiquity and target a specific market. There is a tendency to sell goods at a loss in order to gain that market share. They spent lavishly on branding and advertising to raise awareness. But the most important thing is the extremely high valuation of the stock market, which has been separated from any kind of profitability or rationality..

Dot-coms, which began to promise a more efficient way of doing business, were almost unprofitable for the company. It is possible that many of them could focus on the very real efficiency that Internet selling has made possible. Thus, they could gradually develop into a sustainable business. But that didn’t happen in the late nineties.

The venture capitalists who backed these companies were looking for an IPO because it was a hype back then. Any IPO meant an exit for venture capitalists. The incredible first-day emissions that dot-com stocks experienced were overwhelming.

The dot-com bubble was a period of fantasy where many venture capitalists didn’t care if a business would make a profit because they didn’t need it. “We’re in a situation where a company doesn’t need to be successful in order for us to make money,” a venture capitalist at Benchmark admitted as he contemplated an investment ahead of a Priceline Price IPO..

The era of the dot-com bubble

It has become imperative to support the coming flood of new companies and new IPOs. Fortunately, the bubble era has spawned an entrepreneurial fever that probably didn’t exist in the world before. By the spring of 1999, one in twelve Americans surveyed said they were at some point in starting a business..

In October 1999, the market capitalization of 199 Internet stocks tracked by Mary Meeker of Morgan Stanley was a whopping $ 450 billion. But the total annual sales of these companies brought in only about $ 21 billion. And their annual profit? What is the profit? Collective losses totaled $ 6.2 billion.

In the second half of 1999, the question was not whether the bubble existed, but how big it was and when it would burst. Most people knew it was possible, but no one wanted to admit it. If you could squeeze everything out of your IPO before it closes, then you could pick a moment to cash out before everyone else has the same idea..

One by one, the weakest of the dotcoms began to disappear. They are no longer confident winners. In an instant. The fall in stock prices turned into a delisting in the stock market, and then became de facto bankruptcy. On January 14, 2000, the Dow Jones Industrial Average hit a high – a level it would not return to for over six years. The high-tech Nasdaq stock exchange peaked on March 10, 2000, reaching 5,048.62. She will return to this mark only in March 2015.

By April 2000, just a month after the peak, the Nasdaq had lost 34.2 percent of its value. Over the next year and a half, the number of companies whose share prices fell by 80 percent or more numbered in the hundreds. And for most, the recovery never came, even for the most famous brands. The price line is up 94%.

There are various ways to measure the amount of funds that were lost when the bubble burst. Back in November 2000, CNNFN.com estimated losses at $ 1.7 trillion. And these are just public companies. In addition, between 7,000 and 10,000 new online businesses were created in the late 1990s. By mid-2003, about 4,800 of them were either sold or ceased to exist. Trillions of dollars disappeared almost overnight.

Obviously, the big money leaving the playing field must have had some impact on the economy. The US government would call the start of the dot-com recession the beginning of March 2001. And by the time of the economic shock of the September 11, 2001 terrorist attacks, there was no longer any doubt. In this tragic month of September, for the first time in 26 years, not a single IPO entered the market. The dot-com era is over.

Many argue that the dot-com era was doomed to fail simply because there were too few users at the time. When the bubble burst in 2000, there were only about 400 million Internet users in the world. Ten years later, there will be over 2 billion. In 2000, there were about 17 million websites. But the dot-coms of that time and educational videos taught us how to live on the Internet..

The history of the cryptocurrency hype

The global financial system is under increasing pressure due to the time and development of the needs of its clients. Crises and currency crashes have led people to look for alternatives to traditional banking and financial systems.

Many people have turned to Bitcoin as a solution that can be used as an international payment system. Systems without the involvement of third parties or governments.

Although Bitcoin has been gaining traction mainly in the last three years, thanks to the media and public attention it has been around for over a decade..

Back in 2010-2014, cryptocurrencies were little known. At the time, they were referred to by the media as a tool for buying weapons and drugs on the darknet. And also Laszlo Hanets bought two pizzas for 10,000 BTC at a nearby pizzeria. This day is still celebrated as Bitcoin pizza day by the entire crypto community..

But soon innovators and technicians saw the potential as a tool for fast and stable transfers of funds..

People from all walks of life, fed up with the banking system and high fees, began to conduct their own research. As soon as society began to show interest in a new asset, cryptocurrencies began to rise in value and a crypto-hype appeared.

It was the massive surge in public interest and awareness that forced the institutionalists to act. Hype has pushed banks, governments and companies like IBM, Microsoft, and Amazon into digital currencies and their underlying technologies. These past three years have laid a fascinating foundation for what could be the future of money..

News of early miners and investors seeing their cryptocurrency converting to millions of dollars began to surface as the price began to rise.

Millionaires were popping up all over the place as Bitcoin’s price climbed to $ 1,000. Suddenly, investors saw a chance to fulfill the dream of getting rich quick.

The crypto was easy to obtain, easy to trade, and seemed like a good option for making money. Interest in the digital coin caused the price bubble to rise. It took cue ball less than a year to increase its value by 20 times until 2017.

Despite all the hype, initial coin offerings (similar to dot-com IPOs) started popping up everywhere.

Thanks to ICO, companies were able to finance their venture in minutes, hours and days, surpassing the wildest expectations and without any regulation.

The hype sparked a bubble that quickly burst and the price fell from $ 20,000 to a low of $ 3,000 in 2018, leading to a long bear market and withdrawal of speculative investors.

The bear market has forced many to retreat. But in general, experts agree that, by analogy with dot-coms, this phenomenon will cause a healthier cryptocurrency market..

With fewer people taking up space, businesses and regulators have been able to step in and focus on what is most important in cryptocurrency – blockchain technology.

All of a sudden, IBM, Microsoft, Amazon and others have created blockchain units. Banks that once laughed at the ecosystem were now hiring blockchain engineers, lending incredible legitimacy to the crypto space.

Now, regulators have seen that blockchain and digital tokens are of great value and can be decoupled from scams and hacks. Regulators wanted to work with technology, and businesses wanted to use it for their systems.

Taking a huge hit in 2018, the cryptocurrency market began to rely on the legitimacy that its technology – blockchain – has acquired. Soon, the positive news about cryptocurrency saw a return of public interest. Only this time the interest was not based on speculation, but on big institutional money. Hype is gone, but cryptocurrencies remain.

If you look at the path that humanity is going to achieve its goals, then you might think that this is the choice of a madman. How many obstacles and barriers a person erects for himself on the way to his good!

The formation of the Internet and the path it has traveled are repeated by cryptocurrencies. Hype will always have opponents. Especially in the face of snobs and conservatives.

What is happening to the crypto industry today is the logical transformation of hype into a ubiquitous trend. The hype of the dot-com bubble served to create exactly the Internet that we have today. The 2018 crypto bubble hype gave the crypto industry an opportunity to get on its feet. As a person once passed from shells to copper coins, and from coins to banknotes, so today there is a transition to crypt.

Cryptocurrencies as we know them today are just the tip of the iceberg. In the future, we’ll see tokens for everything from artists and artworks to charities, startups and more. The creation of new network models and the introduction of localized incentive structures in online and offline communities around the world is no longer a fantasy. And it all started just with a hype.

Mike Owergreen Administrator
Sorry! The Author has not filled his profile.
follow me
433