Stablecoins and how they differ from other cryptocurrencies

“Nobody takes advice, but everyone accepts money; therefore money is better than advice “

First of all, stablecoins are also cryptocurrencies, i.e. they use the same technologies as Bitcoin, Ethereum and others. However, there is a big difference due to the need for stability: they are tied to a physical asset.

This asset can be gold, cash, or even real estate. Regardless of which asset is pegged to, the stability of the coin can only be guaranteed by real collateral with this asset.

An excellent example of such collateral was the gold standard – the monetary system of the United States of America, in which the amount of money issued was strictly limited to the amount of gold in the reserves of the state.. 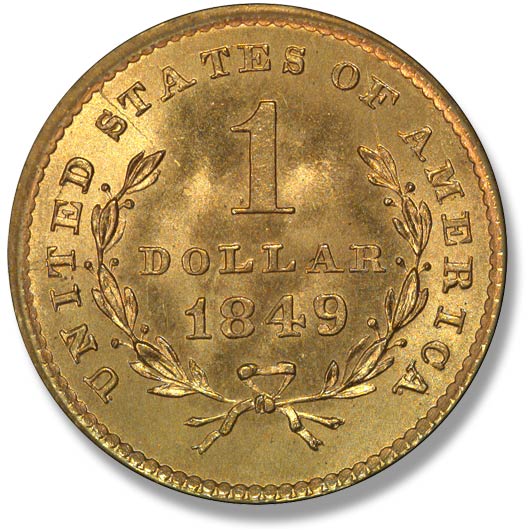 The first dollars were even minted from real gold. In the composition of the coin it was about 90% and the total weight of 1.673 grams.

I must say that these coins were in circulation until 1933, when the gold standard was canceled..

What stablecoins can do?

As mentioned above, from a technical point of view, a distinctive feature of a stablecoin from a conventional crypt is its link to the rate of the underlying asset. We said that one of the most common ways of linking to a course is material support. This is in simplified form. However, in reality, there are at least three common types of collateral for stablecoin..

Examples of such stablecoins are:

DAI, a stablecoin backed by another cryptocurrency – MKR, created by MakerDAO. MKR is a smart contract powered by the Ethereum blockchain. This coin is self-replicating and burned algorithmically, depending on the fluctuations in supply and demand for DAI in relation to the US dollar, thereby ensuring the stability of this currency.

BitUSD (BTS) is another well-known cryptographic token backed by other Bitshares cryptoassets.

3. Commodity-secured asset. Some stablecoins are backed by precious metals, such as gold, or any other metal or commodity, such as oil. The most famous examples of commodity security are gold. There are a lot of similar active cryptocurrency projects at the moment, but they are all at the ICO stage or only on paper. One of the most promising projects of this kind promises to be implemented by the company from the UAE “The Golden M Group”, which is going to issue the cryptocurrency “coin M”, backed by 100% gold.

Besides asset-backed stablecoins, there is another type of stablecoin that does not have such collateral..

It is a stablecoin that is not backed by any assets, but uses algorithms to regulate supply or demand. Unsecured stablecoins do not use any reserves, but include an automatic algorithm like a central bank’s rate adjustment mechanism to keep the price stable. As a rule, this mechanism is embedded in the smart contract of the coin or in the blockchain itself, the principle of which is to issue or burn a coin in case of fluctuations in supply and demand for it..

These actions are analogous to central banks that print banknotes to maintain the valuation of fiat currency and redeem the national currency at the expense of the country’s absolute reserves. But in our case, this mechanism works autonomously and decentralized, which excludes the human factor and ensures stability against failures..

Some examples of such unsecured stablecoins are CarbonUSD (Carbon) and kUSD (Kowala). 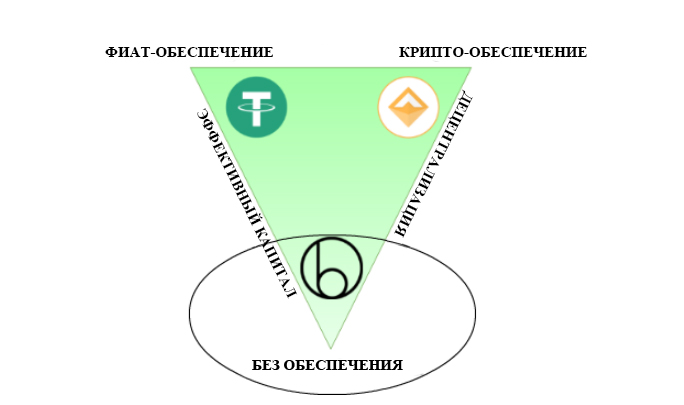 The use of stablecoins in the real world

Like blockchain technology, stablecoins are also in their early stages of development. Hence, there are many opportunities for real-world stablecoins, which are listed below:

Stablecoins are like a regular currency that can be used for basic trading, but with the added benefit of fixed rate cryptocurrencies. This advantage is especially noticeable for transcontinental and international payments..

Smart contracts automatically perform coding that initiates an exchange between two counterparties without the presence of a third party provider. This transaction method is traceable, irreversible, transparent, making them ideal for loan payments, rent payments, subscriptions and more.,

Affordable and fast money transfers for labor migrants who like to travel and live abroad.

It becomes difficult for migrant workers to send remittances across the border, home, to their families. This is a rather slow and cost-intensive process with large commissions and small limits on the amount of transfer.

Stablecoins can make the process much easier for all people who are often abroad, far from home. Migrant workers, tourists, businessmen and anyone abroad can safely use digital wallets to send / receive stablecoins from anywhere in the world almost instantly, at low costs and without price fluctuations..

To prevent your savings from depreciating, stablecoins can be used. When exchanging rubles for dollars, for example, you lose a significant percentage on conversion. There is no such problem in the case of stablecoin..

Stablecoins can offer a simple solution for economies in crisis, allowing the user to quickly exchange local currency for a stable cryptocurrency, thereby protecting their savings from hyperinflation.

Let’s take a look at how some of the more popular stablecoins work..

Tether is backed by foreign exchange assets in a reserve account. The conversion rate is US $ 1. The platform is considered fully collateralized if all assets in circulation are equal to all fiat funds in the bank account.

Popular among cryptocurrency users. Widespread and integrated with many services.

Maker is a decentralized autonomous organization. Their stablecoin is Dai, each costing $ 1. Stability is maintained through an autonomous smart contract system. Another brainchild of MarkerDao – DGX – a stablecoin pegged to the gold rate. 1 DGX = 1 gram of gold. Provided on the same principle as Dai, through the MKR smart contract

The stability of the coin is ensured by the high collateral value. Thanks to the smart contract, you can deposit 10,000 SNX tokens to issue 1 SUSD, which is equal to 1 USD. If the SUSD rate begins to deviate from the fiat rate, then to unlock the locked SNX – Syntetix tokens, you must either deposit an additional SNX amount in a ratio of 10,000 to 1, or burn the excess SUSD amount. Thus, the system becomes self-regulating at the user level of the Synthetix system..

Basecoin is a very young project that was released at the end of October 2019. 1 BAB is pegged to 1 US dollar. This project is also built on self-regulation through smart contracts that run on the Ethereum blockchain. The essence of self-regulation is as follows. When 1 BAB becomes cheaper than 1 USD, BAB holders have the opportunity to buy a Base bond, an analogue of a bond. This effect stimulates the demand for BAB, thereby leveling it in value with 1 USD. After parity is restored, Base Bonds holders have the opportunity to exchange the contract for an additional BAB.

If 1 BAB exceeds 1 USD in value, then the Base Share owners, by analogy with shares from shareholders, receive additional BABs as dividends, thereby increasing the total mass of circulating BABs in the market and thereby lowering their value.

The cherry on top of the cake of this self-regulatory system is the fact that both Base Share and Base Bonds are purchased only for BAB, while all the coins spent on the purchase of these assets are immediately burned under the terms of a smart contract, thus self-regulation of the number of BAB and its value occurs.

Differences between stablecoin and other cryptocurrencies

Another significant difference between cryptocurrencies and stablecoins is that any value of the stablecoin must be backed by the assets held by the stablecoin issuer. This means that there is a risk of centralization, as there must be a central body responsible for the security of collateral, providing access for supervisors and auditors.

On the other hand, unsecured staiblecoins with self-regulating emission based on smart contracts are emerging. It would seem that they have no problem with the security of the collateral asset. These stablecoins are completely decentralized and independent of the regulator. But in this case, the cost of an error is high, which is possible in the smart contract itself. Also, a potential user of such an active will be frightened by the opacity and complexity of the system, the lack of control over emission and provision of moments.

The popularity of stablecoins in the modern crypto ecosystem depends on two main factors:

Demand for stability in the cryptocurrency market

Extremely high volatility in the cryptocurrency market is good for traders and speculators, as it allows them to make good money, but it is disastrous for real business, which, due to sharp jumps in the cryptocurrency exchange rate, cannot plan budgets and conduct its activities. Stablecoins solve this problem and open the gates for the real economy to the world of cryptocurrencies. The more business projects are involved in blockchain technologies and cryptonomics, the greater the demand for stable assets, and therefore for stablecoins..

A stablecoin is a new class of cryptocurrencies, the rate of which is rigidly tied to the price of the underlying asset. Stablecoins are gaining momentum trying to offer the best of the crypto world – instant processing, security and privacy of payments.

The adoption of new forms of money will depend on their attractiveness as a store of value and a means of payment.

Trust in stablecoins must be built privately by ensuring that the coins are issued with safe and liquid assets using decentralized blockchain-based technology.

The strengths of stablecoins are: their attractiveness as a means of payment with a wide range of businesses and ordinary users.

However, there are plenty of risks for stablecoins. Here are at least six of them:

The growing adoption of stablecoins will serve as an important catalyst to popularize the use of cryptocurrencies as the primary medium of day to day transactions, as well as other applications. Such applications could include using them to trade goods and services across blockchain networks, a decentralized insurance solution, derivative contracts, financial applications such as consumer loans, and prediction markets. Such services are impossible if the transaction currency remains volatile, which entails exchange rate risks.

Despite the novelty and dampness of stablecoin technology, this asset really holds huge potential and, like a Pandora’s box, opens the gates of the cryptocurrency world for real business, turning the cryptocurrency itself from a speculative toy into a real, highly effective tool of the modern global economy.

Mike Owergreen Administrator
Sorry! The Author has not filled his profile.
follow me
1076