This summer in the crypto industry can only be called DeFi in the summer. It is difficult to imagine a person interested in crypt who would not have heard at least the edge of his ear about the general hysteria around Decentralized Finance. We’ve seen the launch and growth of dozens, if not hundreds, of projects that collectively have created a powerful network of decentralized finance. The intuitive interfaces and the declared high return on passive investments have led to a manifold increase in blocked funds in the DeFi ecosystem, over $ 6 billion today, and the industry continues to grow at a rate of over $ 500 million per week. We also saw the introduction of a number of new original products. But new and well thought out are two big differences, and many of DeFi’s key flaws remain unresolved. In today’s post, we’ll discuss the best DeFi projects to look out for in the second half of 2020.. 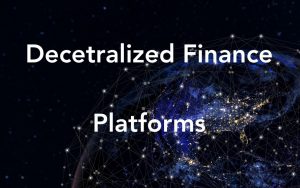 DIA (Decentralized Information Asset) is an open source Swiss non-profit blockchain project that aims to implement transparent data and open access oracles. Within the DeFi ecosystem, DIA is overseen by a decentralized community of DIA token holders and their representatives, and the DIA governance token acts as an incentive for key market participants.

DIA is set to become the open source Bloomberg agency for cryptocurrency and financial data. DIA was one of the most anticipated DeFi projects, as confirmed by the incredible buzz at the August 3rd auction. Now the DIA token is traded at a price almost 60 times higher than the starting one. The project is supported by renowned investors such as Outlier Ventures.

Orion Protocol (ORN) entered the market as the first dynamic coin supply (DYCO) and became one of the hottest deals in 2020. Orion builds B2B and B2C solutions based on the most advanced liquidity aggregator ever developed under the leadership of CEO Alexei Koloskov, an experienced blockchain developer and creator of the Waves decentralized exchange..

Orion has partnerships with Elrond Network, Bitmax, MXC and Acheron. Since launching on Kucoin and Bitmax, almost 33% of ORN’s original offering has been pre-staked. The token showed 70x growth at its peak, now it is trading at about 40x.

Compound was one of the first companies in the current DeFi hype cycle to gain massive attention as their native COMP token surged in value before correcting to current levels. Compound is a money market protocol that allows users to earn interest or borrow assets against collateral, all on the Ethereum blockchain.

The process of filling the liquidity pool on Compound is relatively straightforward, allowing everyone to start earning compound interest right away with rates that automatically adjust based on supply and demand. The number of assets blocked in Compound has grown since June 1 (or in 2.5 months) more than 7 times and today is equivalent to 760 million dollars.

One of the most exciting projects, Yearn Finance, appeared on the scene in July when their native YFI token experienced a dizzying rise thanks to a limited supply based on exclusivity originally reserved for liquidity providers (farmers). Yearn acts as a decentralized ecosystem for aggregators that use lending services, allowing members to host tokens such as USDC, DAI and USDT to have weight in Yearn’s selection of the most lucrative lending opportunities.

The company is led by developer André Cronier, who began the process with the idea of ​​democratizing DeFi. There was no pre-mining, pre-sale or distribution of funds among team members, which means that most of the YFI tokens are owned by the community. Since early August, YFI has quadrupled. It will be interesting to see how the token behaves in the coming months..

Powered by Synthetix, dHedge is popular with leading investors such as Blocktower Capital and Three Arrows Capital and has developed a new protocol for decentralized asset management that seeks to democratize trading for everyone. The company recently announced it would exit stealth mode..

With the Synthetix zero-slippage trading model and an expanding pool of supported assets, dHedge is creating new ways to leverage derivatives liquidity that the Synthetix protocol provides. Synthetix currently allows users to mint, store and trade a variety of asset-based derivatives including cryptocurrencies, fiat currencies, and commodities. Follow the official dHedge channels so you don’t miss the platform launch. 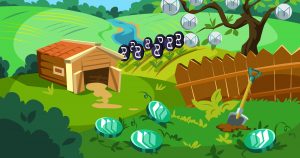 Uniswap Is one of the driving forces behind the current bullish DeFi campaign. Acting as a decentralized exchange, Uniswap is different from other DEX exchanges in that it uses incentivized liquidity pools instead of order books. Users who choose to provide liquidity are rewarded as a percentage of the fees paid for each transaction using Ethereum.

Uniswap currently has over $ 170 million in liquidity pools and hundreds of new listings per week. For novice users, there is a learning curve to use Uniswap as it is powered by connected external ERC-20 wallets used to trade assets and provide liquidity. There are also considerations regarding slippage and volatility that should be considered before using Uniswap..

Launched in early 2020, Curve allows users to trade between stablecoins with low slippage and a low commission algorithm designed specifically for stable assets. Curve was one of the early proponents of profitable farming and currently offers 7 pools where users can stake stablecoins to earn rewards such as new currencies. There are currently over $ 1 billion locked in Curve pools, up from $ 15 million as of June 1, 2020.

With its simple interface, Curve is one of the most popular DeFi platforms and has been praised for its user-friendly features and transparent documentation. The company has been actively supporting other DeFi projects in recent months. The team recently decided to issue their own token to manage the platform. The ticker already known to many is CRV. Binance, OKEx and other exchanges promptly listed the token, and the price at the moment reached $ 50 with an estimate at the start of 10 cents.

With nearly $ 1.5 billion in assets, Maker DAO, is probably the most recognizable name on this list, and for good reason. The decentralized lending platform supports DAI, a USD-pegged stablecoin and one of the most popular stablecoins in the cryptocurrency industry. Maker DAO allows anyone to open a vault, block cryptocurrency collateral and generate DAI against this collateral.

According to DeFi-Pulse, Maker dominance over other projects in the sector is 23.1% in terms of the amount of blocked assets.

Aleph.im Is one of the hottest newcomers to the DeFi arena in the last couple of months. Aleph is a chat protocol for machines where blockchain acts as nodes for decentralized computing power and storage. The public cloud market is expected to reach around $ 374 billion in 2020, and surpass $ 520 billion by 2022. Amazon’s AWS currently leads the market, but demand for decentralized solutions has never been greater.

A testament to Aleph.im’s success is that their website is online right now. Aleph will also be listed as one of the partners in the highly publicized Serum project – the world’s first fully decentralized derivatives exchange (see below). 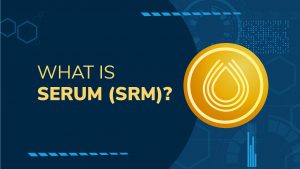 Most recently, the leading crypto derivatives exchange FTX, together with the Solana team, announced a project Serum, the world’s first fully fledged decentralized spot and derivatives exchange operating on a chain of centralized limit order book (CLOB) in the Solana network. The upcoming DEX will seek to capitalize where others have failed by providing reliable cross-chain commerce at the speed and price customers are asking for. And despite being built on Solana, it will be compatible with Ethereum. As we know, most DeFi protocols come to a centralized oracle – often the most critical moment, but this is not the case with Serum.

Serum is different from others, and this is its strength. Its software allows for fast DEX trades; it supports cross-chain, stablecoins, wrap for BTC, BCH, BSV, LTC, ZEC, ETH and ERC-20 tokens, order books and the ability to create your own and new financial products. Moreover, it is completely decentralized. There are no oracles with centralized price channels; no tribunals on whose integrity you rely. Serum is pure DeFi. Unlike current DeFi products, it’s fast and cheap. The architecture is tuned to support node operators with incentives to stake through SRM inflation, trade commissions, and a delegation / referral system called “leaders”.

SRM token is the backbone of the Serum ecosystem on the native Solana infrastructure (SPL token) with cross-listing as an ERC-20 standard, the token will be fully integrated into Serum. On August 7, an IEO was held on the FTX and Bitmax exchanges, and on August 11, a listing was made on many major exchanges, including Binance. At the moment, the token is traded 17 times more expensive than the starting auction price, and at its peak it reached about x50.

In addition to the mentioned Solana and FTX, Serum’s main partners include such well-known companies in the crypto industry as 3Commas, Akg Ventures, Certus One, Genesis Block and others. Many of them are also Serum validators. According to the founders’ forecasts, the full launch of the Serum exchange should take place within a few weeks. 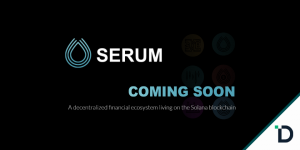 Decentralization is the future of finance

Against the background of the global health and economic crisis, the popularity of DeFi projects has increased, which has led to the emergence of new institutional and individual players on the market. DeFi Token Value YTD increased by hundreds of percent. The opportunities for startups using this technology are endless, which holds great promise for the diversification and growth of the DeFi ecosystem. New Cardinal DeFi Products Appear, Built With Less Costs And Ready To Go To The Mass Market.

Mike Owergreen Administrator
Sorry! The Author has not filled his profile.
follow me
294